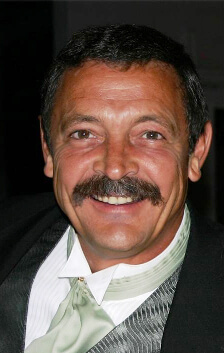 Having lived in Africa for more than 45 years, we enjoyed exciting adventures, exotic sights and wondrous journeys which took us to the length and breadth of Africa, our mysterious continent... What could not have been envisioned so long ago, was that so many of our own African safari tours and South Africa safari packages would be also be undertaken by many other adventurers from all over the globe!

Photo-Safaris.com, (under the leadership of Louis van Tonder) has been actively involved in the safari industry since the late seventies, arranging African safari tours and customized African safari packages. The thrill of sharing our beloved Africa is still as fresh and exciting as it was back then... We brought our safari businesses over to the U.S.A. in 1994 to share our expertise as African Safari Travel Agents with travelers here and elsewhere abroad. This website, represents many years of designing, researching and operating African safaris and African safari packages to the most popular safari destinations of Africa. The fact that we are often in Africa personally, and have constant interaction with the companies we represent, allows us to remain vitally connected to the pulse of Africa - to her political, social and ecological realities.

www.Photo-Safaris.com actively supports the principle of developing of Africa's natural resources sustainably through low-density, high quality Safari Tourism. "Environmentally intelligent" Tourism is nowhere such an important issue as in Africa. All our African safari tours and African safari packages have been developed in conjunction with the safari outfitters who are dedicated to conserving Africa's precious and unique resources. All the safari lodges and safari camps featured in our programs have been built with absolute minimal impact on the local fauna and flora, and all safari camps we represent, operate under the dictates of approved wildlife management.

For travelers who prefer to see Africa at their Own Pace and on their Own Schedule, we specialize in designing customized safaris, the ultimate in custom-crafted travel. Let us tailor an exquisite African safari to meet your exact desires, with no request too difficult, no detail too small and no luxury overlooked. If your safari questions not answered on our Frequently Aked Questions Page - http://photo-safaris.com/faqs.htm - Please contact us with any questions you may have!
We invite you to join us on a safari in Africa. Once our beloved continent has embraced you, and you have fallen under her irresistible spell, you will return... again and again! 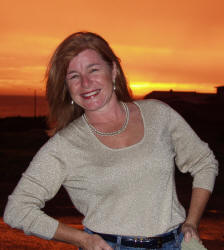 You can't travel to Africa and not want to share the most awesome adventure one can imagine! I can safely say meeting Louis van Tonder changed my life in oh so many ways... one by being my husband, but also by giving me the opportunity to see some of the most special places on earth! I'm am so very fortunate to have him as my partner and fortunate to give people the opportunity to experience this most incredible place!
To give you an idea of my background I am a multimedia producer and have worked in the field of multimedia, public relations for many years in many parts of the world. I created and organized Project Booklift a non-profit organization. which successfully raised substantial corporate and private funds, Federal USIA Grants, In-Kind Procurements for the operation of bringing needed books for law reformation, for learning English and sciences, they wanted to catch up with the western world.
This was an International effort which brought books to the Czech and Slovak Republics to nurture the new democracies. The culmination of this International work resulted in two "Woman of Distinction" Awards (1993), both in Los Angeles and Santa Barbara and the “Woman of the Year” in Santa Barbara. I was one of the subjects in a book by David Forward entitled Heroes After Hours - Jossey-Bass Publishers (1994).

Other work includes incredible experiences with the California Seafood council as the Communications Consultant. I worked with this quasi-state agency in several capacities including PR and grant writing work, developing and coordinating their Public Relations Statewide campaign event and presenting the CSC materials in this statewide tour.
Research and implementation of the Communications Program, including PR in Brussels, Belgium at the International Seafood Show, PR work at the Environmental Journalists Conference at UCLA, creating export links with the World Trade Center and putting together the design team of the web site. I also Associate-Produced a video series about "Fisher Folk" in collaboration with the California State School of Education Office. I also produced and composed the musical score for the series.

I was the Executive Producer on a comprehensive curriculum and oversaw the development to a multimedia format in a proprietary 3D software. This has been distributed in schools throughout the State of California.

You can find a lot of stuff I have produced from horse events to beautiful Africa in travelogues and promotional videos on my YouTube Channel: http://www.youtube.com/TerriNew

I promise you, Louis and I can create the most amazing time you will have in your life and we love doing it!